Over the past year, we have continued to work full force to guarantee exceptional service with on-time delivery, and the Bank Saloon renovation project was no exception. 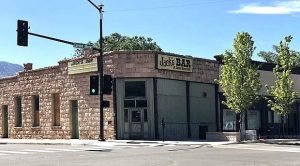 Located at the corner of Carson and Fifth Streets in Carson City, The Bank Saloon building has a storied past that Carson City residents are familiar with. First opening in 1859, the site has been home to various businesses and drinking establishments over the past 150 years. The current building was constructed in 1899 and opened that year as the Bank Saloon. In 1966 the name was changed to Jack’s Bar, which closed its doors in 2002 and went dark for 15 years.

When Jack’s Bar was officially condemned, the effect went beyond that of just another bar going out of business. Small communities like Carson City treasure these watering holes as a pivotal point for ease and relaxation, and Jack’s bar was especially one of the community’s favorite gathering spots. Due to its proximity to state government offices, many political affairs and informational meetings took place inside the momentous building.

“Jack’s Bar was unquestionably a local’s favorite back in the day,” said Bill Miles, Miles Construction President. “I remember its popularity for legislators and lobbyists. It’s a truly special place for Carson City.”

In 2017, Miles was an active member of the Nevada Builder’s Alliance (NBA) board of directors, the largest construction organization in Nevada in terms of membership. Historic preservation has always been a passion for Miles, and with the Bank Saloon’s future in limbo, he saw an opportunity.

Miles worked, with the help of the NBA, to build a case for saving the historic building. He saw the potential for Jack’s Bar and how saving this building could not only show that history can and should be preserved, but that if the builder’s alliance renovated the building it could demonstrate that construction isn’t always demolishing and building new, it’s also about preservation of our past.

“There was a lot of misinformation going around about the building needing to be torn down, but I knew it could be saved,” Miles said. 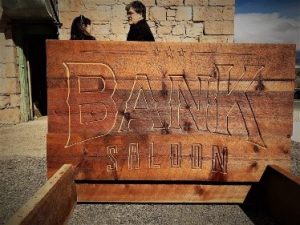 In May of 2017, the Nevada Builder’s Alliance began working on the site despite the various obstacles that arose including asbestos, a leaking roof, rotted floors, residing pigeons and city preservation guidelines. Carson City officials and preservationists questioned if the building was a hazard due to its delicate structure that had already caught flames once before. Nevertheless, the Nevada Builder’s Alliance bought the bar one year later in hopes to re-construct the structure from the inside out.

Our team at Miles Construction recognized the public sentiment behind the project, and in 2019, we teamed up with the association to complete the historic preservation of Bank Saloon.

“We’re proud to be called on by our community whenever there’s a need,” said Miles. “We knew how much Jack’s Bar meant to the town, so we were more than happy to jump on board to keep its historic legacy. It was a true labor of love.”

Miles’ team began by stabilizing the structure, asbestos abatement and laying out the floor plan with new finishes and new, modern equipment. The building retained its original, distinct Carson City architecture. The exterior walls, not sandstone as many have thought, are made of rhyolitic tuff quarried from the Eureka Mill area of the Carson River, a truly unique and distinctly local attribute of the historic building. 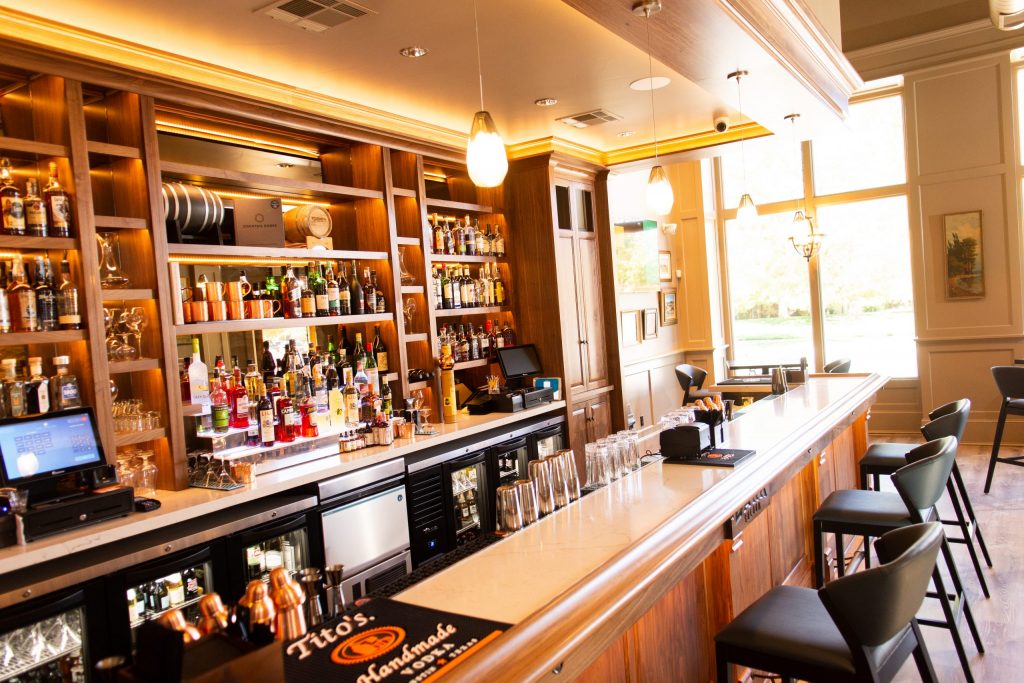 Inside, the completely renovated the interior now features dark wood modern pieces and craftsman wood trimming in each room. It’s truly a breathtaking and beautiful space reimagined from times long past.

Thanks to our fearless leaders’ vision, a network of passionate people who saw that vision through, as well as our team’s hard work, the Bank Saloon is now the oldest operating drinking establishment in Carson City and home to the Nevada Builder’s Alliance offices. We hope you’ll stop by and cheers to the hard work that went into preserving this beloved establishment. 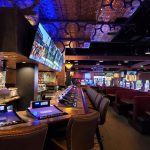