The facility provides twice the square footage of all their former buildings combined. Not having to transfer or transport materials from one facility to the other greatly increased efficiency and productivity. As the costs of doing business in California continued to increase, Northern Nevada’s proximity to Interstate 80 & Highway 50 along with the low tax base made Nevada a perfect area for the company to relocate to.

Utilizing a pre-engineered steel building, we were able to maximize the building foot print while maintaining a cost effective budget. Architectural requirements were met by using 28’

precast concrete panels at the entry and office space. Eight foot precast panels were used around the building perimeter to serve as a durable wainscot and further enhance the architectural look of the building.

One of the biggest challenges associated with the project was coordinating the completion of the new building with the decommissioning of the old structures in California. This had to be accomplished even before the new industrial subdivision was scheduled to be completed. 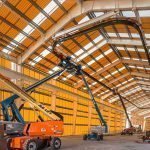 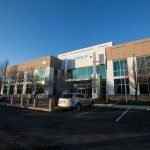