When General Electric purchased Bently, an opportunity was presented to build a relationship with a new client in a familiar structure.  We had established relationships and had a proven track record, but eventually GE policy was enforced and we were no longer permitted to contract on a negotiated basis.  After several experiences with other contractors, GE approached us with a proposition to become a preferred vendor, which would enable them to negotiate contracts with us and adhere to GE protocol.  Since this agreement, we once again are the only general contractor to perform work within the building.

We have been fortunate to be involved in many unique and cutting edge projects with GE such as their virtual Telepresence Video Conference Center.  We also have the distinction of being selected as the design-build team to create their world wide prototype for their Customer Application Center.  Whatever the project requirements may be, there is only one preferred general contractor in this region for GE. 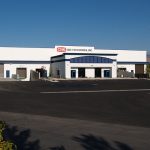 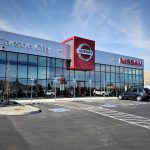